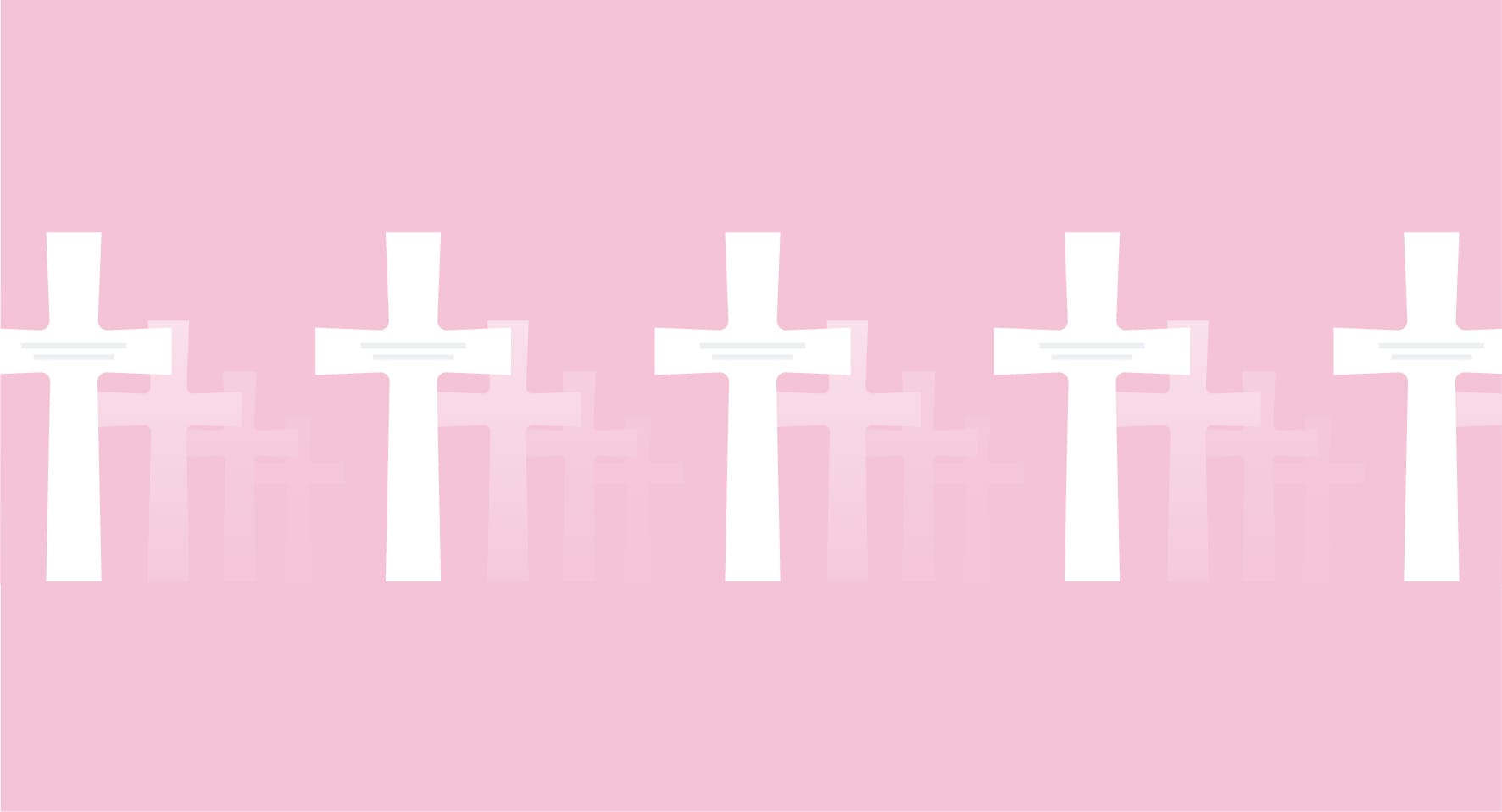 Introducing the VIA Manifesto

So the general election came and went, everyone got to vote, everyone had an opinion and we all saw the various parties manifestos. So on the back of the...

In the recent weeks leading up to the 75th anniversary of D-day I started looking up posters created during World War 2. This started as a quick look back at the style used during the time, but lead me to look further into the different tones and purposes of this type of design. Some work as pure propaganda, with others designed to inform and boost morale.

Below is an overview of some of more memorable and interesting uses of British poster design during World War 2.

An Appeal to You

Propaganda posters were most wildly known for being used for recruitment, plus to inform the public of Britain's victories. Even the likes of the British Army's disastrous defeat and retreat from Dunkirk was spun to sound more positive. 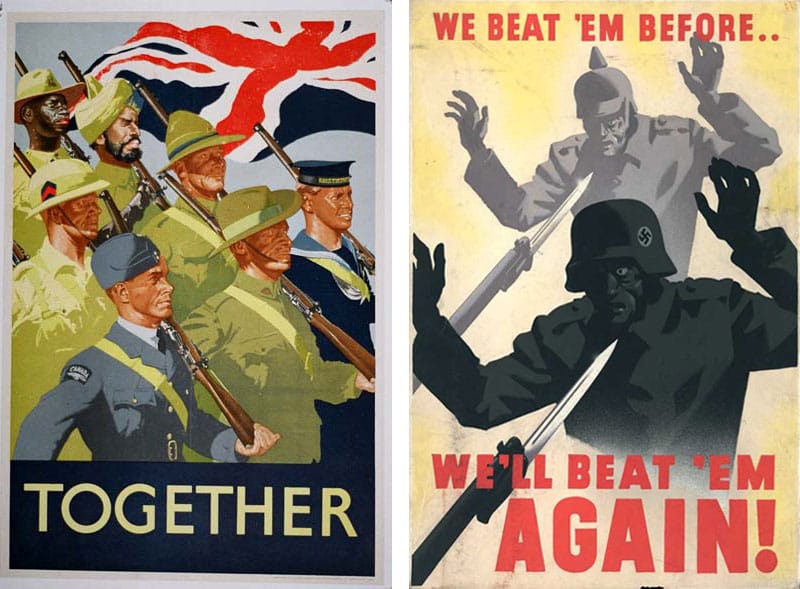 A recruitment showing soldiers from across the British Empire, using a rather traditional style for the time period 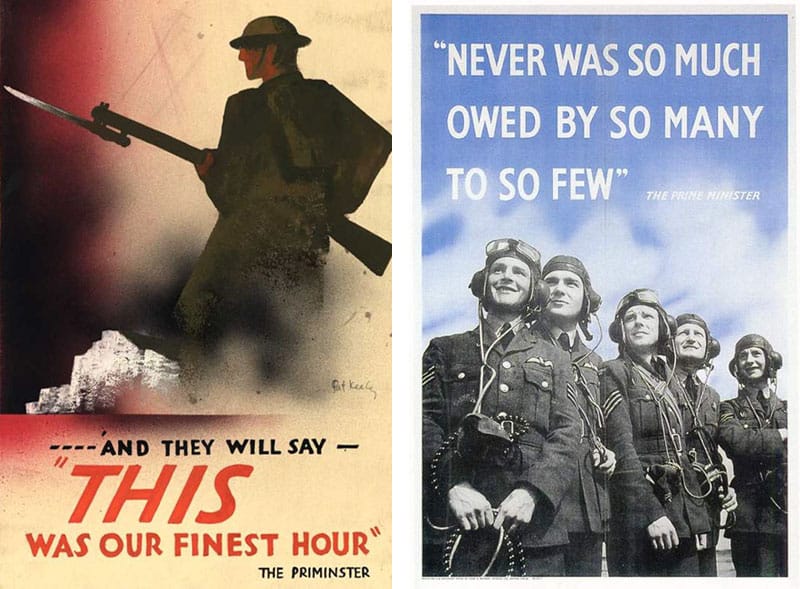 Taken from Churchill's famous speech 1 month after he became Prime Minister. Designed by Pat Keely, his work would often consist of simple compositions and bold colours. On the right is another quote from Churchill following the Battle of Britain. This makes the pilots look more like movie stars.

Keep Calm and Carry On

Easily the most recognisable. Created months before the outbreak of the second world war in 1939, it was part of a series of 3 posters to boost morale following serious air raids. The posters were never wildly distributed even though 2.5 million were printed. They were instead recycled to save paper, but one was re-discovered in 2000. It's now one of the most parodied and commercialised posters ever. The composition, simple design and typography choice make them feel modern despite being 80 years old.

Prior to the start of the war, Britain relied on imports from all over the world so the German navy aimed to cut off the supply lines between Britain and other allied countries. As a result the British public were encouraged to donate where possible, ration supplies and farm the land in order to be self sufficient. The 'Dig for Victory' campaign referred to the public growing their own food, even using public parks and golf courses to grow crops. 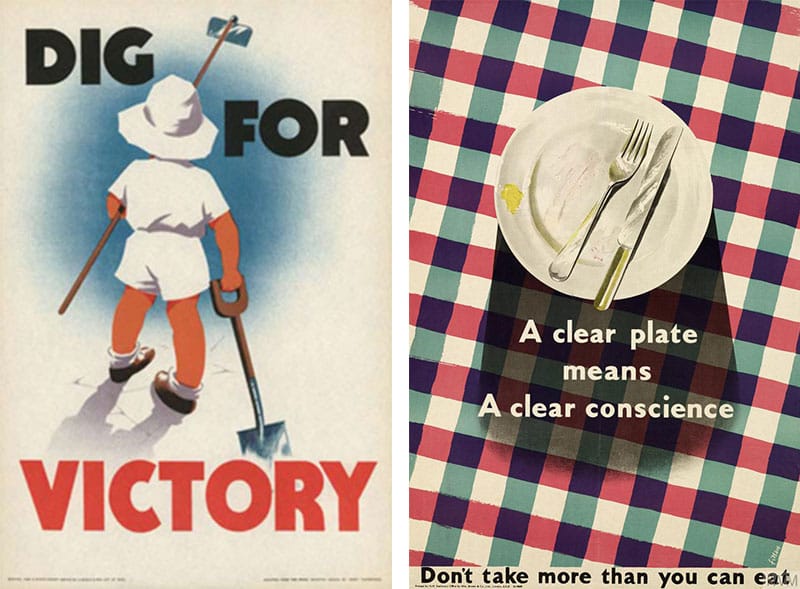 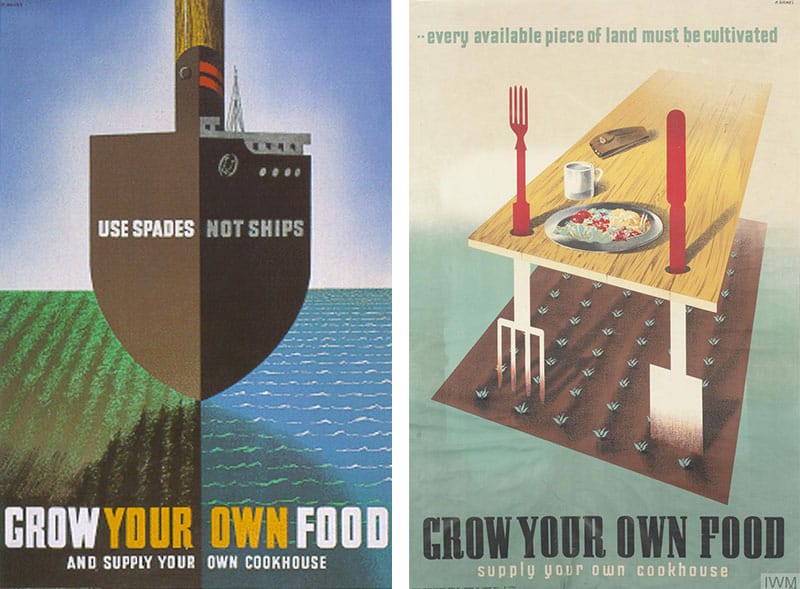 They Can't Get on Without Us

Those living in the UK could contribute to the war effort in many ways. Children were encouraged to join the Cogs to collect recyclable materials with women being recruited to work in munition factories and join the Auxiliary Territorial Service (ATS); the women's branch of the British Army. Anyone unable to enlist in the military could join the Home Guard (like Dad's Army). 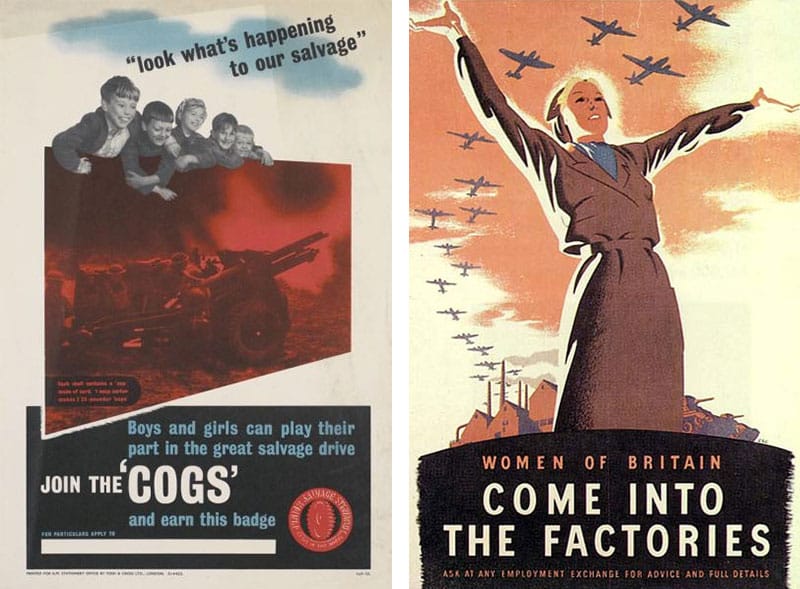 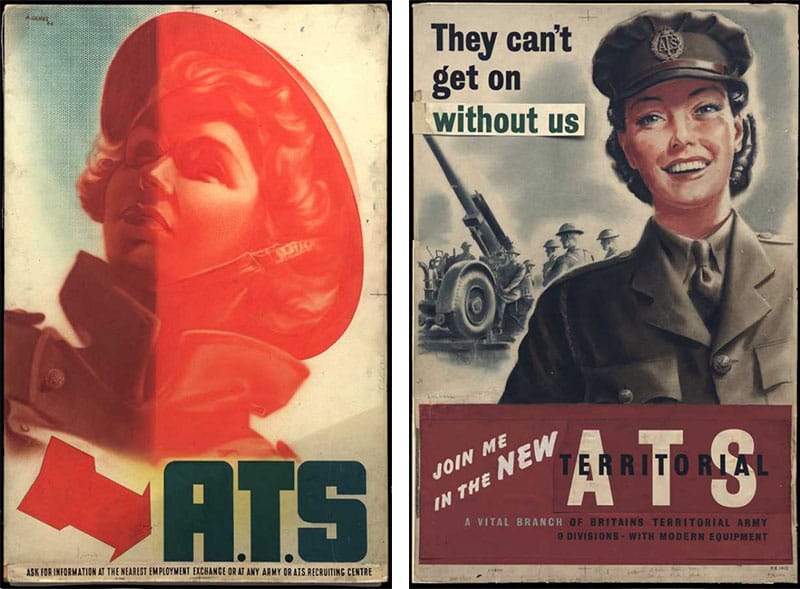 This ATS recruitment poster features a communist look and feel with a heavy use of red, with others following a more traditional, hand painted style for the time.

Hitler Will Send No Warning

One of the darker sides of the war. Even though the use of deadly mustard gas was forbidden following the Geneva convention after World War 1, there were still fears of bombs containing gas may land in Britain and masks were issued to the public. Thankfully they were never needed for their intended purpose. These designs are much more straight forward and informative.

There are dozens of fantastic examples of poster and graphic design from World War 2 that one blog post could never do them justice. For more designs and their background information have a look at the links below.