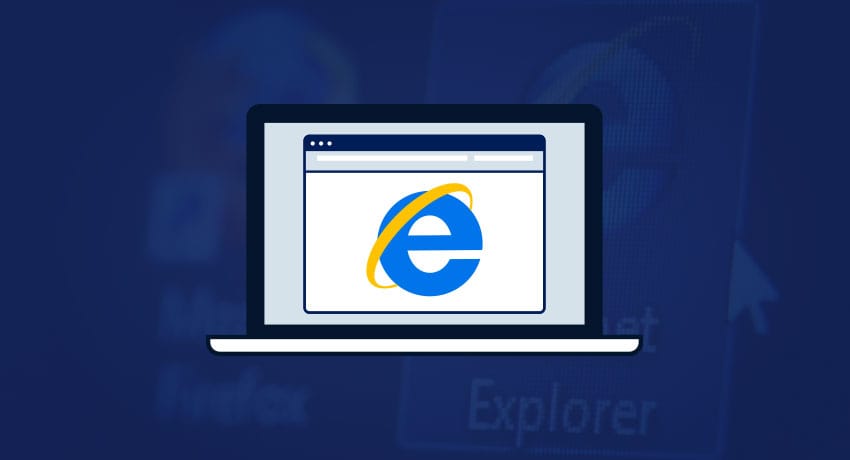 I harbor great disdain for Microsoft’s 8th edition of Internet Explorer, it’s no secret, I’ll rant about it to anyone I happen to come across, I’ll rant and rant until they finally insist I leave their house before they call the police. “I’ve tried”, I’ll reply, “They say that not having support for nth-child isn’t breaking any laws”.

So, when I found myself in a position back in August to decide if we would continue to support it here at Via Towers, you would think that my turned thumb would spell the end for IE8’s gladiator. Yet, for now at least, support for it has remained. Not because I feel any different towards it mind you, no, its box model still keeps me up at night, but as it turns out, it’s a harder decision to make than I thought it would be.

Oh how naive I was, little did I know that there are office buildings the world over where the sheer scale of simply installing google chrome on every machine could bring the business to it’s knees. Thus, they have Windows XP, they have IE8, it works, and they’re keeping it that way… For the time being, anyway.

But IE8 has an expiration date, I mean… It must do. Even those companies who are still using it have to admit that 6½ years is too old for a web browser, that’s 154 in human years… give or take. As IE7 and IE6 before it, IE8 has been the bane of developers all across the globe, but it can’t last, granted there are developers still forced to support IE7 and I’m sure even IE6, but they are the minority and with Microsoft announcing that come January they will drop support for all versions of Internet Explorer but the most recent, you would think IE8 will be going the same way very soon (as well as 9 & 10, but they function slightly more like respectable browsers, so I’m less inclined to hate them). So maybe it is time for us to part ways with IE8 after all.

“Hang on, Sammy. Not two paragraphs ago you were saying dropping support isn’t possible because of offices forced to continue to outdated tech”. I can’t believe you would throw that in my face! Yes, dear reader, I did say that, but for one thing any site we build will still be usable on IE8, it won’t have the fancy bells and whistles and the nav bar may look a little odd for example, but it will be perfectly clickable. I’m just talking about not spending the hours I currently do making sure every detail works exactly as it does in other browsers, usually to the detriment of the site as displayed in said other browsers.

The fact is that on all of the sites we have built recently, IE8 accounts for less than 2% of traffic and even less than 1% on some sites (our own included). Are we really going to continue to add extra time, work and ultimately cost onto a job to account for 1-2% of users? Especially when Microsoft and even Google don’t support it. If huge companies such as those don’t see the value in ensuring everything functions perfectly on IE8 what chance does a little agency in the north-east of England such as us have? I haven’t even mentioned the SVG & CSS3 benefits not having to worry about IE8 would have.

Of course I feel I should add at this point that if a client were to specifically request IE8 support or if we felt it would be of great benefit to them, we would be sure to include it.

I would need some extra moral support and reassurance that everything will be ok as I do it, but I would happily ensure IE8, 7, 6 or even Netscape Navigator support if it was right for the client. But there’s no reason I can see to offer IE8 support as default any more.

I’m sorry IE8, but I think it’s time we went our separate ways, sure, we shared some laughs and I’ll still see you around, but I need someone who is willing to change for me. To be honest, I’ve been seeing someone else, she’s a fox. I’m sorry, it’s not you, it’s me.