Breaking Down the Opening Titles of Baby Driver

Breaking Down the Opening Titles of Baby Driver 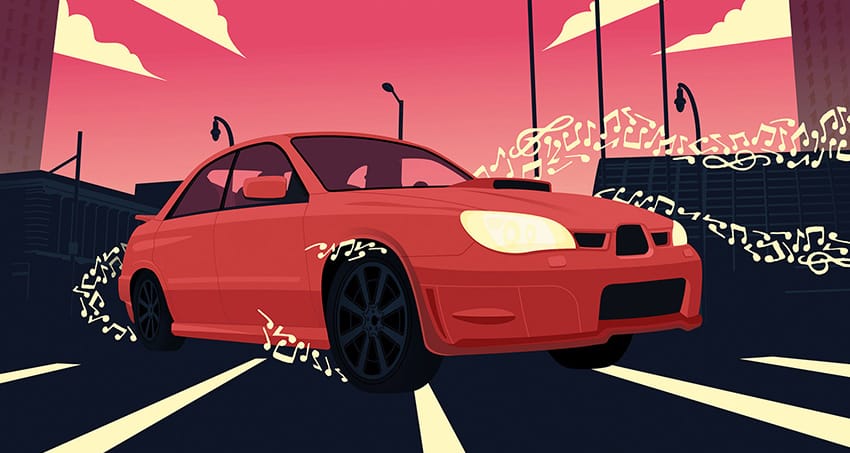 The Next Version of Javascript

In this article, I’ve listed some of my favourite features that have been made available to use in the next version of Javascript: ES6.

Sound and music have always played a vital role in Edgar Wright's movies, usually for the sake of comedy. In Baby Driver however, the whole movie is essentially choreographed to the soundtrack. According to Wright parts of the script were written to sync up with specific songs, with some scenes, the soundtrack was selected before the script was even written.

Using Bob and Earl's Harlem Shuffle, these opening titles are perfectly choreographed to the music. With the acting, song, direction and typography helping to set the tone and develop the character before the story has even kicked off, and before a single word has been said. 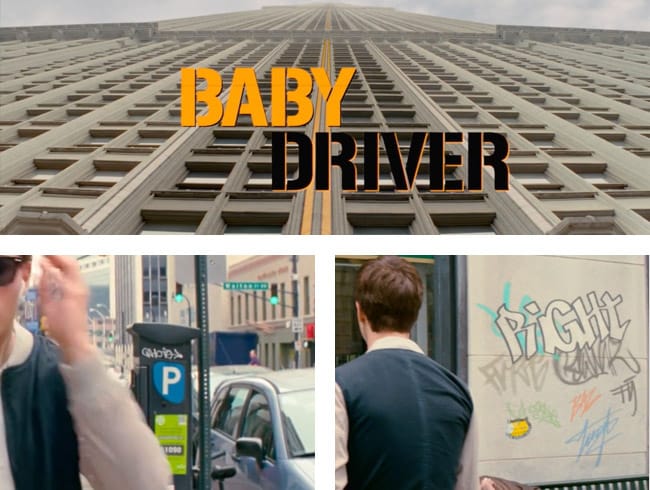 The scene starts with the titles appearing on screen, on a background that has the double yellow lines from a road extending to the top of the building. As the main character Baby leaves the building you can see ‘Move’ written on the parking meter in the background. Baby then looks to the right, with ‘Right’ written on the wall.

After crossing the road, ‘Whole Lotta’ can be seen as pink graffiti in the background, while ‘Soul’ is on the lamppost in the foreground. At this point, the hip hop music playing in the background is in time with the soundtrack.

Which is a common occurrence in the entire film. In this scene there are several street musicians that play music that’s in sync with the soundtrack. Even the car horns, police sirens, bike bells, baby cries and all ambient background noise is in sync with the music.

Next, ‘Scratch’ is written on the post box, and the number ‘28071978’ at the bottom of the shot. After doing a quick google search this number is later seen on a prison jumpsuit, and serves as some foreshadowing. The number is also the date 28.07.1978, which was the release date for the movie 'The Driver', a major influence for Baby Driver.

The lyrics ‘Yeah You Do’ and ‘Yeah’ are written on the trees in the foreground, while a cash machine beeps along with the music. Followed by ‘Slide’ and ‘Limbo’ next to the door. Here Baby stops to mime playing the trumpet as the horn section kicks in.

‘Come on Baby’ can be seen on the bins, followed by ‘Here’ clearly written on the pavement as Baby spins. And once again all the stuff in the background like the motorbike, guitarist and music playing are all in sync.

In the coffee shop we get the first dialogue from Baby in the movie, and all the dialogue is also in time with the soundtrack. As Baby is saying ‘Yeah, Yeah, Yeah’ while he’s thinking what to order, his words match up with the lyrics of the song.  And he spells his name ‘B-A-B-Y’ in time with the music too. 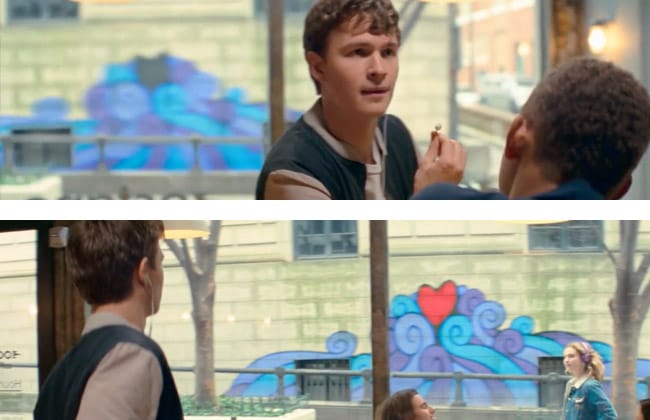 Another great touch is the graffiti in the background that has a grey heart when we first see it, but after the girl in the yellow dress walks by the heart is now red. Some more foreshadowing for what's to come. 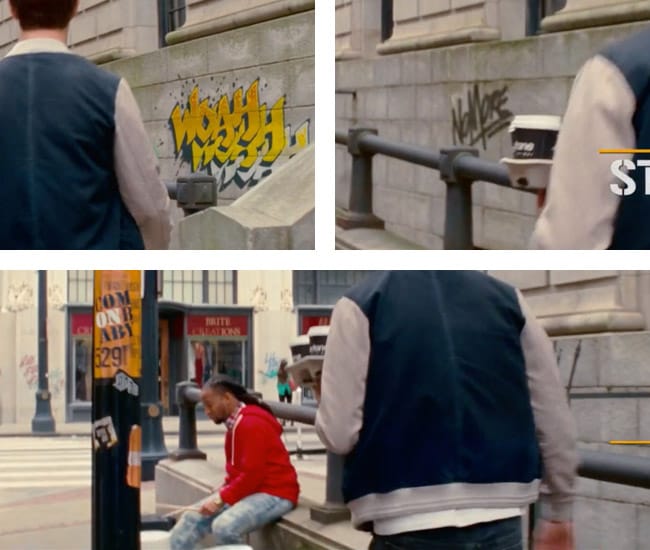 After leaving the coffee shop, the lyrics ‘Woah, Woah, Woah’ can be seen in the background on the right, with ‘No More’ then appearing soon after. Next ‘Come on baby’ is on the lamppost, which looks like it's using the same stencil as the text from earlier. This guy in the red, was also seen earlier in the scene carrying a few tubs which he is now drumming on in time with the music.

After crossing the road ‘Ride, Ride, Ride’ is written in red, followed by ‘Lil’ Pony Ride’ in blue. The right text appears again, but with the new lyrics ‘Shake, Shake, Shake’. Also the homeless man can be seen sleeping earlier in the scene, but has been woken up by a couple arguing nearby.

And finally as the trumpet plays, the text ‘1 More Time’ is seen next to the door on the left as a police car is seen flying past in the reflection of the door bringing the scene to a close. It’s worth pointing out this graffiti was not present at the start of the scene.

Opening titles in movies are somewhat of a dying art form, with little care and attention taken to produce something memorable. They are a great opportunity to create something unique, or establish a style and tone for the viewer.

In Baby Driver, the opening credits mix with the movie, typography and music creating a sequence that is fun, charming and helps to develop the main character before he has said a single line of dialogue. Depicted him as kind of childish but light hearted, music loving guy caught up in a life of crime where he feels out of place. With music being his escape.

I could really talk for hours about how good this movie is on every level. From the use of music, to the editing, directing , script, even the use of colour in the costume design. But it's scenes like this that resulted in Baby Driver quickly becoming one of my favourite movies.