Following a successful public sector tender win, we were tasked with creating a new name, associated brand and marketing for Redcar & Cleveland Councils flagship building aimed at stimulating the creative industries in the region.

The tender stated specific aims of the new building that the new branding had to satisfy. The building had been developed to build on the existing success and growth of the creative industries in the Borough which at the time contributed 16% of North East England sector output. It would help create upto 60 new jobs, support 150 businesses and attract more income to the economy by attracting more visitors. The space would provide fully serviced and high quality space where artists and creative businesses could flourish. 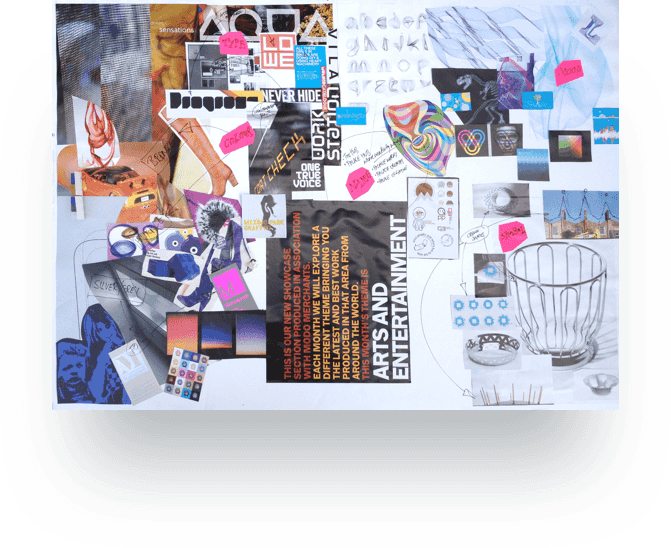 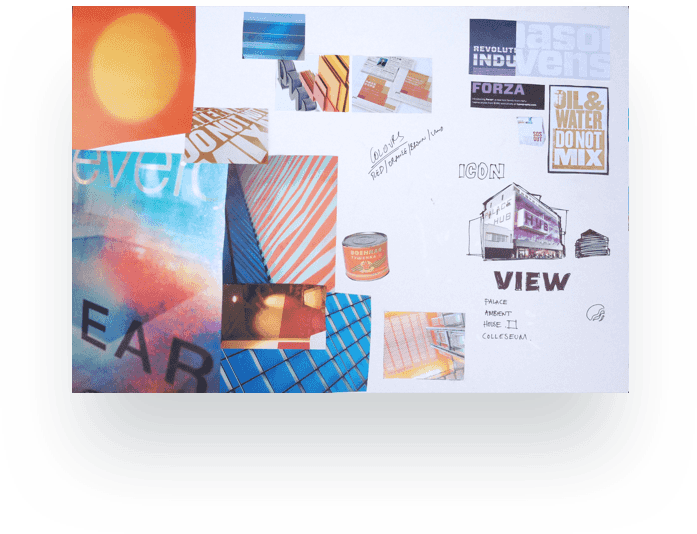 The brand design should reflect a vibrant, contemporary, creative and professional approach to communicate the aims of The Hub.  The building had an important historical past as part of Redcar seafront and this was to be considered as part of the brand development.

The Hub would be one of the first Redcar regeneration projects to be completed and it was vital that the communications style resonated with local people to create pride in the project.

On undertaking our stages of research for the branding, we realised that the building was well thought of by local people. There was an element of local disdain over the demolition of the old building as featured in various articles in the local media. We uncovered a website with stories of the Palace Theatre from ex-employees and descendants of past owners. On speaking to local people, we realised that the building held a lot of happy memories in its various guises as a theatre, cinema, bingo hall, social club, and amusement arcade over the past 80 years. This become a focal point for some of our ideas and helped shape the initial design stages of the brand design.

As part of the project, we also had to undertake a series of workshops involving local creative businesses. We tasked each company that attended these workshops to produce their own thoughts on the following areas of the branding:

Through our extensive research and discovery phase, it became evident that the Council's suggestion of calling the building The Hub wasn't distinctive enough. We proposed a new name and given the stakeholder interest in this project, we thought the name would not be chosen. As it happened, on the evidence of our research, they loved it and the building was to be known as the Palace Hub. 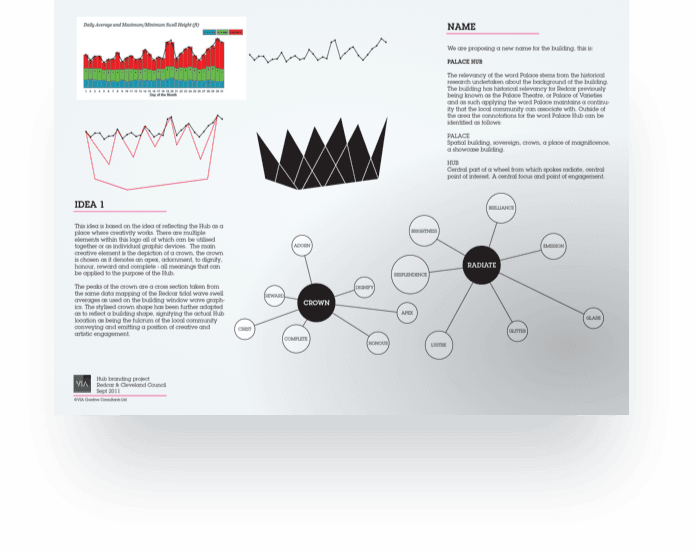 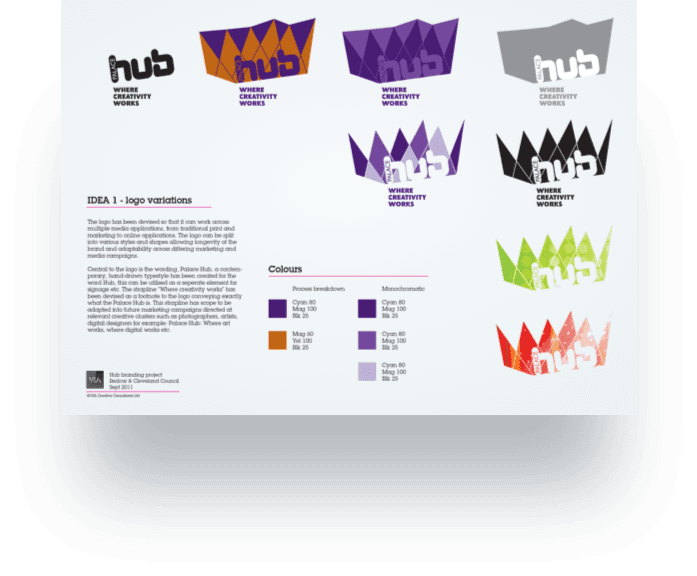 The initial composition of the logo stemmed from the idea that the hub would be a place where creativity works. The ultimate aim of the building was to house a wide range of different creatives performing a multitide of creative processes to generate income and forge sustainable businesses across the East Cleveland region. With such a diverse mix of creatives including fine artists, sculptors, designers, web developers, and art galleries we wanted our logo to be just as diverse, so a solution that would allow the logo to change, evolve, and have the ability to be used on a whole or in part was fundamental to our design.

The peaks of the crown were developed from a cross section of the same data mapping of the redcar tidal wave swell averages as used on the buildings window wave graphics. The stylised crown shape has been further adapted to reflect a building shape, signifying the actual hub location as being the fulcrum of the creative community. 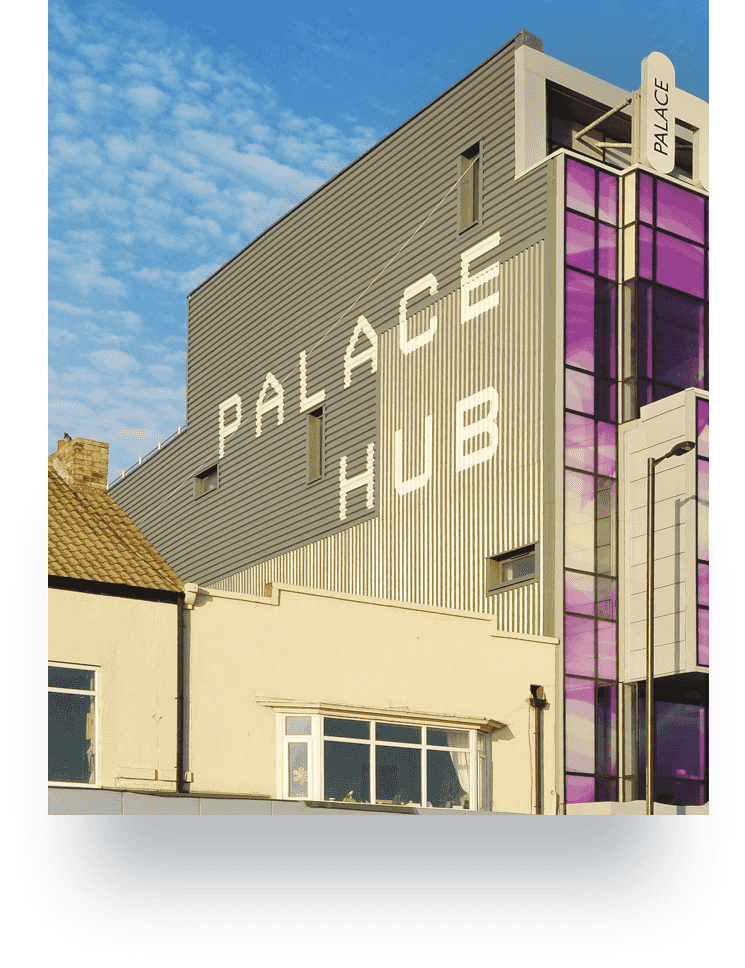 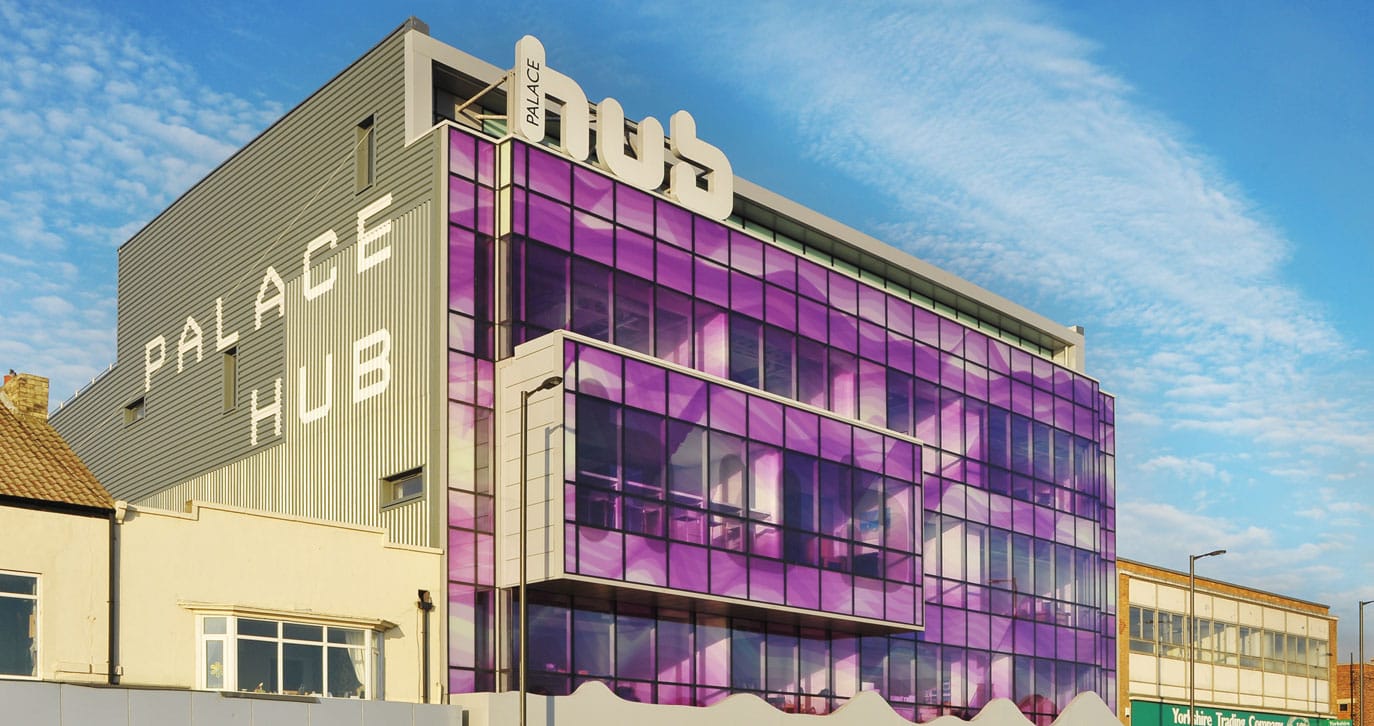 Want to work together?

If you have a potential project that we could help you with, please fill out the form below with the information and we'll get back to you.